‘Make in India’ will spur positivity & inspire confidence among manufacturers. My thanks to all those who joined the programme today. Talked about the need to give more impetus to manufacturing & creating a development & growth oriented environment that draws industry.

Mantra of our Government is to win the trust of each & every Indian. An atmosphere of trust can change a lot of things! I invite you to visit the ‘Make in India’ website- http://www.makeinindia.com

Ancient Indian facts are being forgotten

and the younger generation, drunk with modern technological feats, seems to have forgotten all our scientific feats which are, in fact, the basis of most western scientific achievements:

Because ( my feeling) 611 AD to 1947 ( and till to date on certain aspects) we were in an era of Discontinuation ( research work) ,desecration ( of sanctity of teachers and disciples) ,destruction ( of institutions of learning ) , defamation ( ancient wisdom), Demeaning ( the traditions of cultivation of knowledge) and disinformation ( all our achievements). 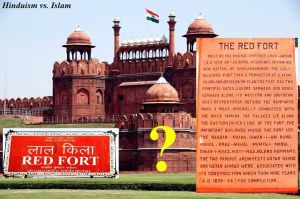 Navaratri festivals are held for nine days twice every year during the first half of ‘Asvayuja’ and ‘Chaitra’ months from ‘Pratipad’ to ‘Dasami’. The Navaratra festivals in Asvayuja month are known as Sarat Navaratras and the Chaitra month festivals are populurly known as Vasanta Navaratras. The preparation for Sarat Navaratri in the Autumn season commencing from Asvayuja Pradhama Tithi actually starts from Bhadrapada Amavasya itself with one meal of ‘Homa Anna’ or ‘Sacred Agni Prasada’.

At a designated Place in the center of a Hall, a raised platform made of bricks, called ‘Vedi’ of six feet wide and one and half feet height be arranged. On the Pratipad Tithi of Asvayuja, the Person(s) concerned sponsoring the Navarartras must arrive clean and composed, having already performed their ‘Sandhavandanam’ or daily pujas and should seek the blessings of Brahmanas appointed ( either nine, or five or three or atleast one) after presenting them new clothes and Dakshina. ‘Swasti’ Mantras followed by Veda Parayana would be recited. An Idol of nicely decorated Durga Devi seated on a Lion, with either four or eighteen hands, with symbolic arms and jewellery be installed as also a Pot of Sacred River Water placed over an ‘Yantra’ (diagram) representing Grandhis (Chambers) of Trinity and relevant Demi-Gods and Planetary Heads, while rendering the relevant Mantras. With various Worship Materials in place, the Puja would commence along with the Mantram ‘Om Hrim Srim Chandikaya namah’. Proceedings with Sacrificial Animals, [* not so much in India now, but in vogue in Nepal during Dussera Festival Days] for propitiating of Gods and Almighty Shakti, would follow. ‘Arthies’ ( Camphor cum oil soaked cotton vick lamps shown to Deity ) are performed, accompanied by instrumental music, singing and dance in praise of Maha Devi Bhagavati. ‘Bala Kanya Bhog’ or Prasad
( Food material offered to Deity) to Virgins of the ages of two to ten would follow. The virgins of two years are named Kumaris, three years are Trimurthies, four years are Kalyanis, five years are Rohinis, five years are Kalikas, six years are Chandika, seven years Sambhavi, eight years Durga and Nine years as Subhadra. Blessings of these Virgins provide removal of problems, wealth, longevity, happiness, health and Peace. The procedure for the evenings too is similar in the Sandhya Puja viz. the ‘Arti” Worship to Goddess accompanied by instrumental music, ‘Shodasa Upacharas’or Sixteen kinds of worship ranging from holding an Umbrella to the Diety, hand fanning, showing a mirror, camphor lighting, Veda Recital, Singing and dancing in praise of Amba, ‘Naivedyam’ or offering varieties of food, and ‘Parikrama’ or taking the Deity around the worship place, or a temple or surrounding areas and so on. At the end, Bhajans (Group Singing), Purana Pravachana ( Lectures on the Mysteries of Goddess), ‘Harikathas’( Musical renderings of Stories of Religious nature) and so on are performed. Special worship is arranged on the ‘Saptami’,‘Durga Ashtami’, and ‘ Maha Navami’ days ie. the seventh, eighth and the ninth days of the Festival. Devotees not quite involved in the previous days too would like to invariably perform Worship as per their choices in their own Puja Places in their own residences, or Temples or Specially built up (improvised) Group ‘Mandaps’ for community worship. Saptami is described as the day when Maha Bhagavati takes a ‘Saakar’or Bodily Incarnation to destroy the Demon ‘Mahisha Asura’ who had the form of a Buffalo, creating havoc to the World. The following day, popular as ‘Durga Ashtami’, Maha Bhagavati in the Incarnation as Durga Devi looks fierce and angry with the Demon and prepares for a violent battle with him and fellow Demons and massacres them all. It is also believed that Bhadra Kali was incarnated in a furious and gruesome form to devastate the ‘Yajna’ that was performed by Daksha Prajapati, the father of ‘Maha Sati’, the better half of Lord Siva and the Kali Incarnation was surrounded by innumerable ‘Yoginis’ or the multiple permutations of Sixty Attendants of Bhadra Kali who created mayhem at the Yajna and killed Daksha and his followers.On Maha Navami Day, Maha Bhagavati in the forms of fury and destruction punished the evil forces and brought back Her own Creation to normalcy and established balance of power. Thus the two days of Durga Ashtami and Maha Navami are the days of the Grand Finale of the Navarathras, which are remembered for the relief, climactic joy and devotion experienced by the humans and Gods alike. The day next day falling on Vijaya Dasami is the day of high celebration and gratitude to Maha Bhagavati for Her ‘Leelas’or Playful Actions that remain complex forever in human minds, soaked deep in the grip of Maya or Illusion! Whoever observes Navarathri Pujas with devotion are certain to reap benefits- Dharma ( Virtue), Artha ( Prosperity), Kama ( Worldy fulfillments) and Moksha ( Eternal Bliss) with the blessings of Maha Bhagavati. Even those who committed unpardonable misdeeds earlier- ‘Pancha Patakas’or heinous acts viz. killing Sages and Brahmanas, stealing gold or valuables, drinking and gambling, adultery or association with perpetrators of sins-would be spared if only the Navaratra Worship is performed with faith.

Veda Vyasa described to King Janamejaya the illustration of how Lord Ramachandra had conquered the indomitable Ravana, when the latter had kidnapped Bhagavati Sita by deception in disguise as a Fake Sage and on securing tip offs that She was in Lanka under Ravana’s custody. In fact, the earlier forest life of Lord Rama was a dismal experience consequent on his Step mother Kaikeyi’s demand to send away Lord Rama and Lady Sita to forest life for fourteen years. Sri Rama had to invade Ravana’s Lanka to recover Sita, with the help of King Sugriva of Kishkindha and his Monkey brigade including Heros like Lord Anjaneya, Jambavanta and Angada. It was at that critical time that Maharshi Narada met Lord Rama and advised Him to perform Navaratra Pujas to fulfill the objective of destroying the unbeatable Ravana and his entire followers and for recovering Sita Devi. ( In fact, Ravana was seeking Maya Sita Devi, as real Sita in her earlier birth was an ascetic daughter of a Sage and Ravana was reproached by her when he made advances to her. He caught her hairs and she felt her body became impure and cursed that she would destroy him and his clan in her next birth and ended her life in Yoga Fire. As Sita Devi as the wife of Sri Rama, she gave away her Maya ( Illusion) to Ravana and he actually stole away a poisonous serpent in the form of Maya Sita in the ‘Ashoka Vana’!) Narada told Sri Rama that in the past, Navaratras were observed in sincerity by Indra, many other Demi-Gods as also Brahma, Vishnu and Maheswara and obtained their Blessings from Maha Devi to fulfill their own wishes and prayers. As advised by Narada Maharshi, Lord Rama performed the Navaratras and secured Bhagavati Devi’s blessings. The battle was fought killing Rakshasas and the mighty Indrajit, Kumbhakarna and Ravana by Sri Rama as an instrument of Devi Bhagavati.