I have posted articles on the shenanigans of the Congress Party, starting from Motilal Nehru,their family tree,Corruption by the family,Bofors,Swiss accounts,Sonia Gandhi and Rahul Gandhi being paid by the KGB, not to speak about 2G scam. 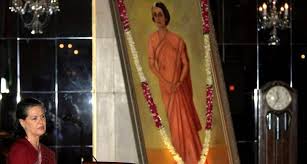 Now the famous or infamous, depends on your perspective, Mitrokin archives have been made Public by the Russian Government.

Read a sample and follow the Links for detail.

Dr. Subramanian Swamy with Anila Dasari and 49 others
6 hrs ·

Latest trick in the book by the terrorist group Lashkar-e-Tayaba; It’s asked its cadres to claim their age as below 18 years if they’re caught by our security personnel. Two benefits they hope to gain from this :
1) Their young cadres can get involved in acute terrorist activities without the fear of a harsh punishment. Thus a larger number of ‘recruits’.
2) If injured physically, they always have the leftist media to show it as atrocities by Indian security personnel on ‘little kids’. Just like they’re showcasing ‘atrocities’ on Gaza.

They can hope to do this because this country is full of communists who will jump to their defence at the drop of a hat. Why, they even signed mercy plea for Kasab and Afzal. Why would they hesitate to defend a ‘juvenile’ terrorist ?

Rashtrawadi Shiv Sena with Nitesh Patel and 10 others
18 hrs ·