Are you a Secularist? Please answer these questions for yourself. Secular means no preference or any extra benefit to any religion..
Bt lets c our secular India :

2. Show one Muslim country where non-muslims are extended the special rights that Muslims are accorded in India?

3. Show one country where the 85% majority craves for the indulgence of the 15% minority.

4. Show one Muslim country, which has/had a Non-Muslim as its President or Prime Minister.

5. Show one Mullah or Maulvi who has declared a ‘fatwa’ against terrorists.

6. Hindu-majority Maharashtra, Bihar, Kerala, Pondicherry, etc. have in the past elected Muslims as CM’s. Can you ever imagine a Hindu becoming the CM of Muslim – majority J&K?

8. What happened to the missing Hindus? Do Hindus have human rights?

12. When Christian and Muslim schools can teach Bible and Quran. Why Hindus cannot teach Gita or Ramayan in our schools?

13. Do you admit that Hindus do have problems that need to be recognized? Or do you think that those who call themselves Hindus are themselves the problem?

14. Abdul Rehman Antulay was made a trustee of the famous Siddhi Vinayak Temple in Prabhadevi, Mumbai. Can a Hindu- even Mulayam or Laloo – ever become a trustee of a Masjid or Madrasa or the Wakf Board?

“Hinduism is not a religion, it is a way of life.” 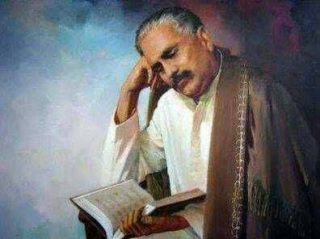 Trilokpuri, Mayur Vihar is under communal clashes following objections from a particular community on Diwali.
So now we can’t celebrate Diwali where this ‘community’ is in majority. Right ?
That’s your secularism down the drain. Enjoy !